#Short Film #Ship #Jikook #방탄소년단 #Film & Animation
FAKES SUBS! I've rewritten the dialog and changed the voiceover. This video was inspired by the anime "5 Centimeters Per Second". I used videos of BTS from their MVs and GCF, then added a different storyline that is focused on TAEKOOK and JIKOOK 💜 So basically, it's a shipping video that is purely a result of my imagination. I hope you enjoy ARMYs! If you like this video, please don’t forget to subscribe! I will be making more BTS edits soon 😊.
🚫 PLEASE DO NOT RE-UPLOAD MY WORK! I do not own the videos, but I did edit them altogether (significantly transformed the content). This is purely for entertainment purposes. All credit to the beautiful artwork goes to the original creator..
.
———————————————————————————————————
S T O R Y.
↳ Episode 1: Flowering Cherry
Jungkook and Taehyung quickly became friends after they met at their school and developed strong partnerships. After graduating from elementary school, Taehyung moved to province, due to the work of his parents. The two communicate by sending letters, but eventually, they lose communication. When Jungkook learns that his family will move near Taehyung’s province, he decided to meet Taehyung in person. He also prepared a letter for Taehyung containing his feelings. However, Jungkook lost the letter while traveling and there was still a severe snowstorm that delayed his train for several hours. When the two met and kissed for the first time, Jungkook realized that they would never be together again. While stranded in a hut due to a snowstorm, the two fell asleep after a long conversation. Jungkook left the next day, and the two promised to send a letter to each other. As the train leaves, Jungkook decides that losing his letter is no longer important after the kiss.
↳ Episode 2: Cosmonaut
Jungkook is in his third year of senior high. Park Jimin, his classmate, has fallen in love with him since they met in middle school, but he does not have the courage to admit how he feels about Jungkook. He tries to spend time with him, he is still waiting after school for them to go home together. But, Jungkook appears to be ignorant of Jimin's feelings and only treats him as a good friend. He observed that Jungkook is always sending e-mails to Taehyung. After he failed to say that he loved Jungkook, he finally realized that he was looking for something bigger than what he was giving and he decided not to, he just accepted that he would always love Jungkook.
↳ Episode 3: 5 Centimeters Per Second
One day while walking, Jungkook and Taehyung suddenly passed each other and remembered themselves in front of the train crossing, where they decided to watch the cherry blossoms thirteen years ago, before leaving. On either side of the railroad, they stopped and began to look at each other, but were blocked by passing trains. Jungkook waited for the passing train to disappear and saw that Taehyung was gone. After that moment, he smiled and continued walking.
———————————————————————————————————
☆ Mail for business inquiries: yoonphoria3993gmail.com
☆ Like our FB page: https://www.facebook.com/Bangtanphile/
☆ For questions and suggestions: https://curiouscat.me/_yoonphoria_
☆ If you want to support me, you can donate here: https://ko-fi.com/yoonphoria
#TAEKOOK #JIKOOK #ANIME #BTS #방탄소년단 #Jungkook #Taehyung #Jimin 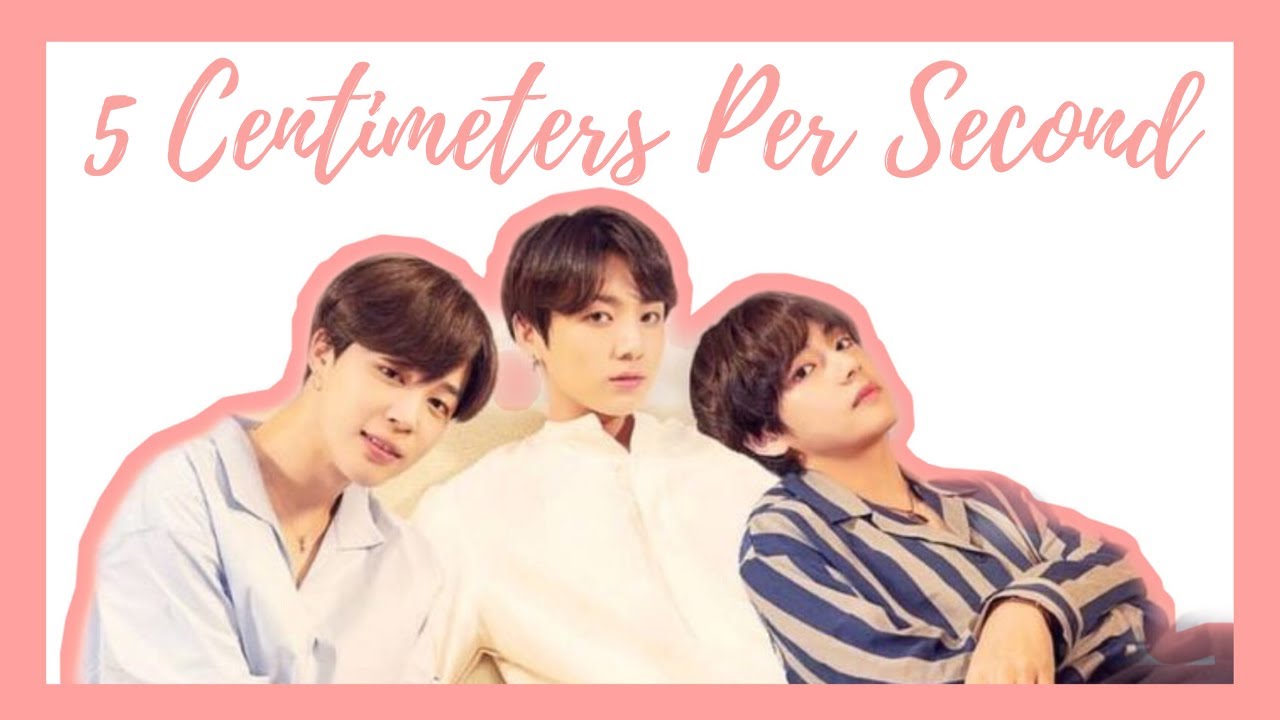 by Madiha Faseeh 3 months ago

by CINTIA ARAUJO 3 months ago

by Cole Torres 3 months ago

by Kaurmanna Manna 3 months ago

by Bouchra Lemsayah 3 months ago

YAH! YOU YES YOU! YOU ONE TALENTED PERSON!!!! I WANTED TO TELL YOU HOW AMAZING AND PRECIOUS YOU ARE💜✨

Aaaaaa this is sooooo good😭😍😍💜💜 borahaeeeeeee💜💜💜💜

by jim mochi 3 months ago

Did you use some studio ghibli clips in this- very curious to know. Great work as always!💜💜💜

by Rosie Neville 2 months ago

by shamsunnhar ayna 3 months ago

by It's Me Sanvi! 3 months ago

by Aicha Jlaidi 3 months ago