#Sports
The gang from CLNS media breaks down the Celtics and the Raptors. 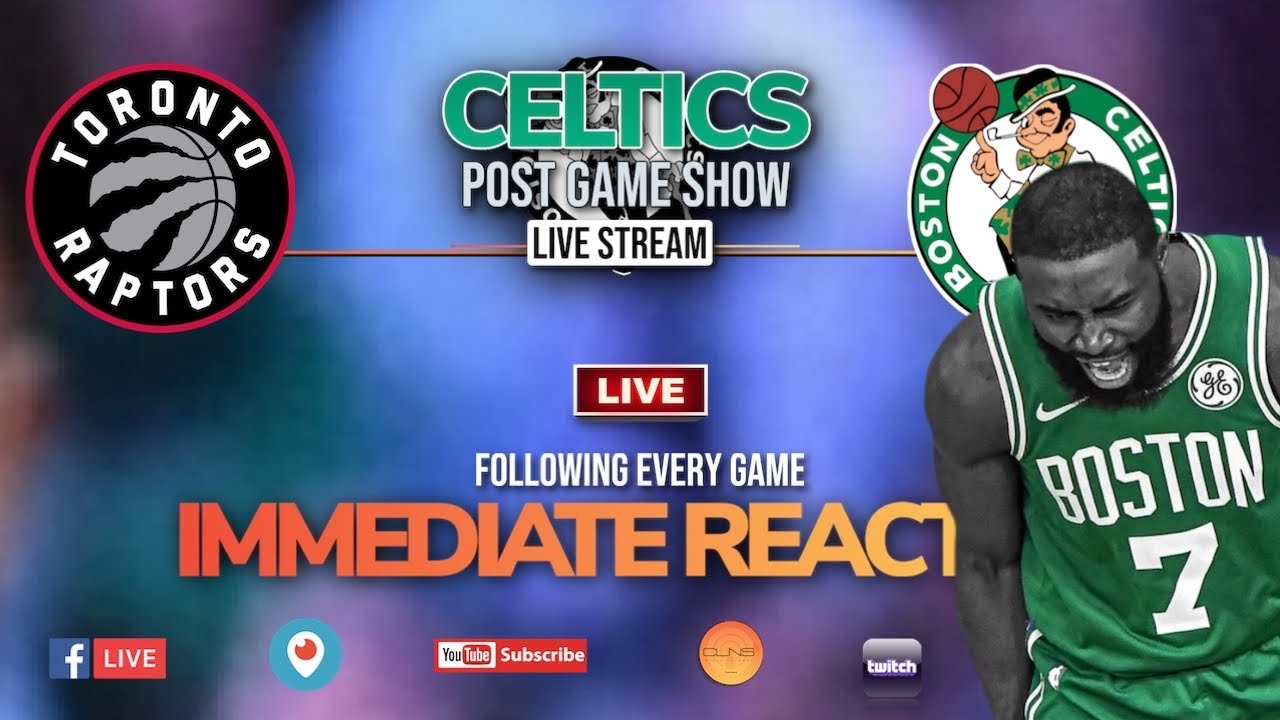 Credit to the coaching staff for Robert’s development (including in Maine) he looks like a different player to when he came out of college. His offensive and defensive positioning is so much better

by Callum Alston 2 weeks ago

Pacers are gonna fall to 6 I think

by Jordan Davis 2 weeks ago

by Mugiwara no Ramen 2 weeks ago

The 3-pt shooting of Theiss and Ojeleye has become more reliable recently, the improving play of Robert Williams and Walker's gradual increase in playing time is just in time for the playoff wars...these are really good signs for the Celtics...Go Green for Banner 18!!!!!

When we play big, we win. We are not a small ball team

by Odd Waldo 2 weeks ago

Not sure why Nurse didn’t have Siakam setting up in the paint getting the ball there like Adebayu the other night against Celtics weak front court instead of having to attack from the key against the wall Boston would set up behind Jaylen. Few times they hit him with a pass in the paint, Brown couldn’t guard him close to the basket, Easy layups spin layups over Brown before a double team had a chance to come over. When everyone is bricking 3s you hunt for mismatches in the paint area.

Kanter is there for 1 thing, to play vs Embiid.

by Zach Henry 2 weeks ago

I'm worried about Philly, without Simmons they are more balanced, he isn't there to clog up the paint, he isn't there to be a wasted man on the floor late game, and they go through Embiid more. They should trade Simmons for a guy like Dame, they would crush with him.

Raptors just treat this game as exhibition game. This game is not important to Raptors, but it's important to Celtics. If raptors won, raptors will get the second seed early. If not, raptors will get the second seed for the next win. If Celtics won this game, he would ensure the third seed by three games ahead of heat. If Celtics loses this game, they would be only one game ahead of heat. Celtics may have a chance to be the fourth seed. That means raptors will face heat in the second round. Heat is not a good matchup for the raptors. Bucks don't want to see the heat in the second round. Why should raptors face the heat and make it easy for the bucks. Raptors have a better chance to beat Celtics than heat. By the way, if Celtics is third seed, they will face 76ers in the first round. It will be their nightmares. If they are the fourth seed, they will play pacers. They are better matchup with pacers than 76ers. Now Celtics will have problems in the first round. Nick nurse doesn't want to show 76ers how to beat Celtics easily. Let them head to head. Raptors will wait to see which team comes out the first round.

In addition, I heard one person from Boston said this game is not important, and either team should not win. They should be relax in this game. Any team won this game, nick nurse or brad Stevens will dissect this game under microscope. It would cost a play off game, because the strategy will be known by the opponent coaches. At least, nick nurse did not show his tricks in this game. This game comparing to the playoff is meaningless. He rather saved his tricks to the second round when raptors face to Celtics. In February, prior to bucks vs raptors games, one person in NBA game time said Nick nurse would not show his tricks when playing with Bucks in the regular season game. Nurse would say see you in the playoff. In addition, I think nick nurse wanted to expose some raptors problems when playing with Celtics. I looked at Brad Steven at the fourth quarter. He did not look happy. From this game, he has nothing to analyze after the game. I remembered after Game 5 with Phili last year, because of the big win, 36 points. One of analysts on ESPN said Raptors clicks all cylinders, Nick nurse had nothing to adjust or improve in Game 6, and he cannot have a better plan to Phili. Therefore, raptors can not close the series in Game 6. Then there's a game7. The rest is history.

If you look at the West, Both OKC and Jazz lost yesterday. Why is that? Because both teams wanted to be 6th seed, they don't want be 5th seed and play Rockets in Round 1. Do you know why rockets lost to Portland Blazers ? It will increase the chance for Blazers to be the 8th seed. It will give lakers problems in the first round.

As a Raptors fan, we will see you in playoff. This win ensure the 3rd seed and Celtics will play with 76ers.

Toronto doesn’t set up from the low post? They just missed shots. They got open looks and they just didn’t fall. It happens. They played a game like this against Miami and Denver earlier in the year. Third time this year they beat themselves. I’ll take it.

by C Park 2 weeks ago

Oh come on guys, the Raptors had probably their worst game this season....Their shooting in the first half was absolutely atrocious. All their starters were practically ice cold in the game....Yes, gotta give the Celtics credit for having an elite D but this is NOT about how good the Celtics are, it's more about bad the Raptors are tonight....

From a Raptors fan: Enjoy your win. Won happen too often in the playoff.....Raps were just off target tonight. That's all....

by Diego 2 weeks ago